Legendary games of Rockstar Games Grand Theft Auto: V can be played in both episode / mission and free mode. There are some features that make GTA5 different and attractive from other series. These include: Having a larger map than other games and playing with three main characters. These characters are Trevor, Franklin and Michael.

Michael takes on a richer and more classic structure, the businessman type, while Trevor is rude, aggressive and brutal. The feature of this character is the ability to use aircraft. most recently, Franklin, Biker and more foot.

How to Change GTA 5 Character?

In GTA 5 you need to switch between characters in certain parts of the game and in some quests. If you are in the console, just press the PAD ALT key. On the PC: 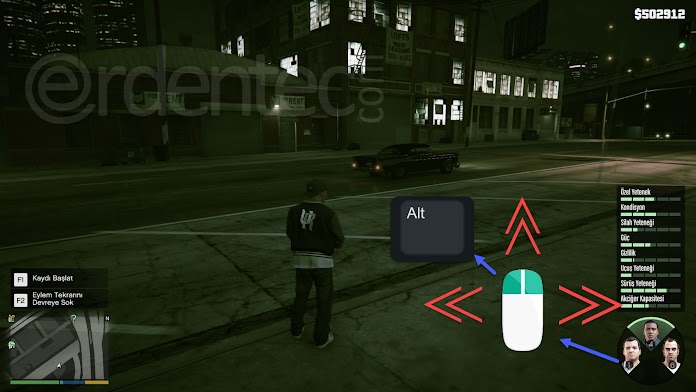